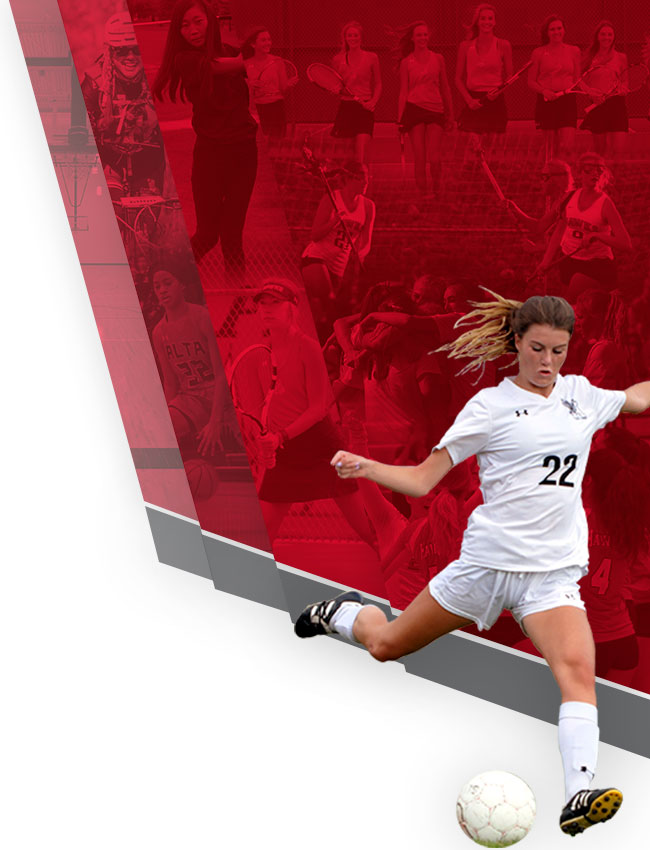 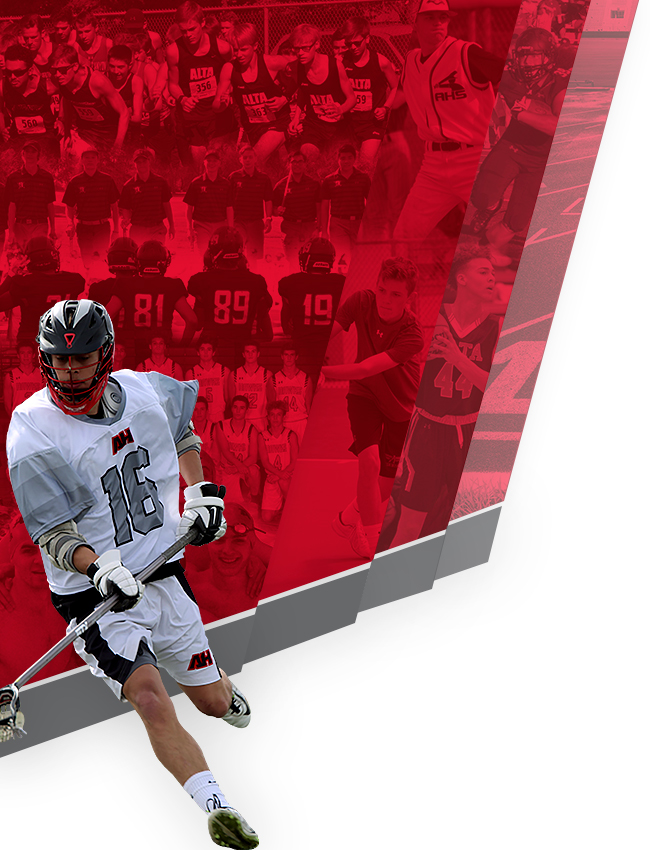 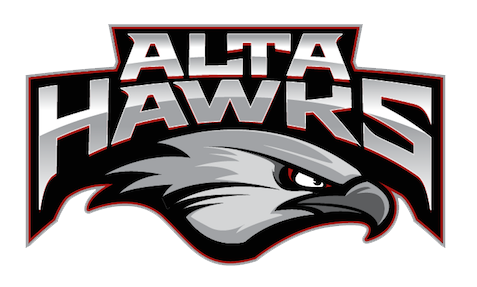 Jaden Brownell and Payton Smith combined for 45 points as Alta evened its Region 7 record at 3-3, just one game out of first place. 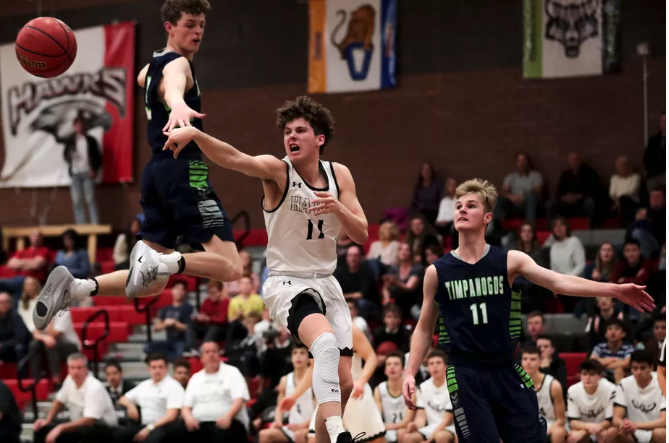 SANDY — Slowly but surely, Alta’s players are starting to figure things out.

After squandering a 10-point lead in a region loss to Mountain View last week, Alta found itself in a similar situation Tuesday with another double-digit lead slowly slipping away against Timpanogos. Before it completely evaporated though, Alta regrouped with some clutch possessions in the final minutes to hold on for the impressive 61-50 victory.

The victory evened Alta’s Region 7 record at 3-3 at the midpoint of league play, and considering the three losses were by a combined seven points the team is feeling confident heading into the home stretch of the regular season. 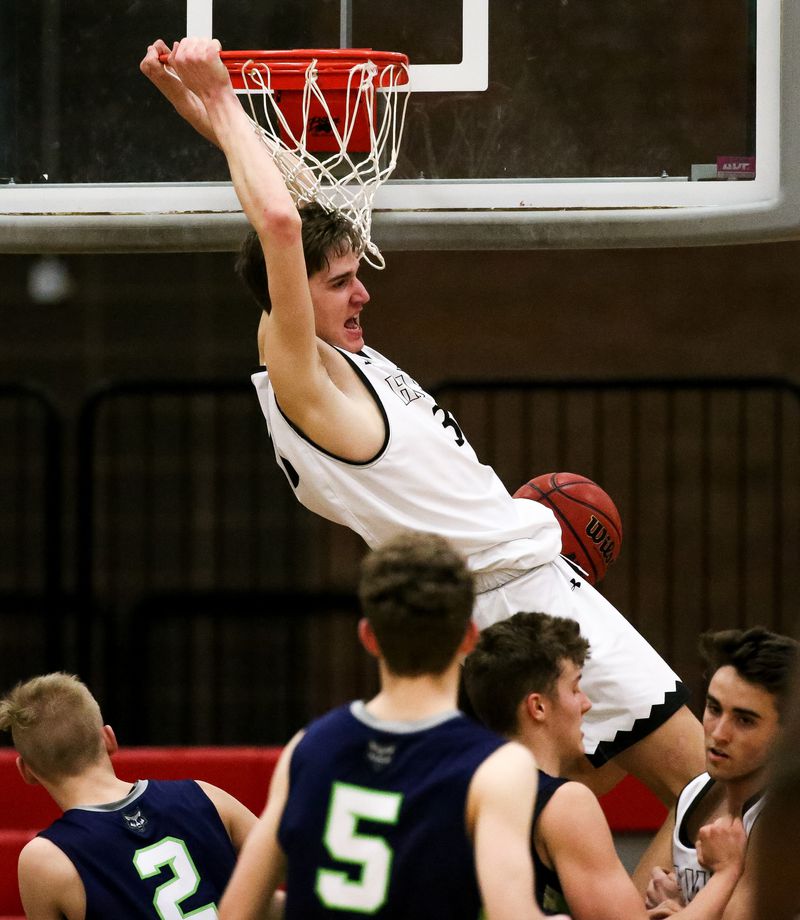 “We’re good enough to beat anyone, but we’re also not good enough that we can lose to anyone,” said Alta coach Jim Barker.

On Tuesday, it was more than good enough. A solid defensive effort and then a strong night on the glass helped the Hawks hand Timpanogos just its fourth losses of the season, and created a log jam in the Region 7 race as six of seven teams are all within one game of each other.

Despite holding on for the 11-point win, there were still some dicey moments for Alta in the fourth quarter.

After a rebound putback by Jaden Brownell gave Alta a 44-28 lead early in the fourth, urgency finally seemed to kick in for Timpanogos as it scored on six of its next seven possessions to whittle the lead to 48-44 on a lay-up by Easton Wilkey with three minutes remaining.

Timpanogos’ full-court press only forced two turnovers during the stretch, but it still seemed to fluster Alta offensively as it took some ill-advised quick shots instead of running more time off the clock.

“We’ve got to get better about not panicking down the stretch, but it’s a good step. They’ve just got to get smarter, and they know,” said Barker.

Alta’s Payton Smith converted a huge 3-point play that helped stop the bleeding. His bucket and free throw bumped the lead back to 51-44 with 2:47 left. Twice over the next minute the T-Wolves trimmed the lead back to five points, but each time Alta responded — including a clutch 3-pointer by Smith who finished with 22 points.

Brownell led the Hawks with 23 points as the 6-foot-8 junior was steady on both ends of the floor.

“The thing about him is he hasn’t even shown a lot of the things he can do. He can get the ball on the perimeter and attack, he can shoot 3s, he can score down low, he’s just still skinny,” said Barker. “He has all the moves and has a lot of experience as a third-year starter. I want to get the ball in his hands as often as possible cause he makes good decisions, he’s composed, he’s just a really good player.”

Timpanogos can be a lethal 3-point shooting team, but on Tuesday it only made four, well below its season average of 9.2. Barker acknowledged that the T-Wolves missed more 3s than they typically do, but he credited his perimeter defense with contesting most of the shots.

Jackson Holcombe led Timpanogos in the loss with 18 points.